The basics of a satellite motor
There is a wide variety of satellite motors. There are actuators, H-2-H motors (like the Jaeger SMR1224 or Moteck H180) and the well known diseqc motors. Most satellite motors have a 36V DC motor inside. In most cases these motors also contain limit switches and a pulse sensor. The limit switches protect the motor turning not too far. Usually a satellite dish motor is equipped with a sensor circuit. This can be a reed sensor, an optical sensor or a hall sensor. The basics of each sensor type is that at each pulse the sensor wire is connected to ground. Some sensors require 5V to operate others don’t. Pulses are generated when the motor is turning. 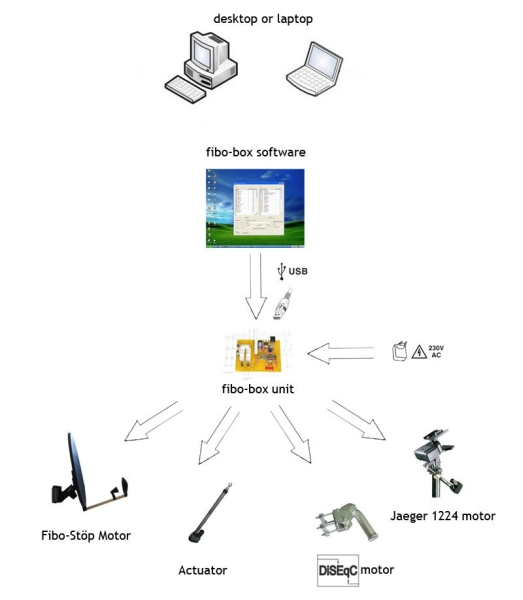